The Cardano price has vaulted above the $2.00 level as the project nears the adoption of smart contract technology.

Twitter crypto analyst Lark Davis explained why he is bullish about the upcoming launch of the Alonzo hard fork, which provides support for smart contracts.

The New Zealand-based influencer said of the development:

Cardano smart contracts are just around the corner, which is a long awaited and very bullish catalyst for the asset… We will soon see for Cardano native DeFi apps, and Apps on other platforms, such as SushiSwap, can then integrate with Cardano to capture liquidity… If all goes well with the Alonzo hard fork, after the launch on the mainnet, we could see $ADA rally a couple hundred percent.

In other Cardano news, a recent survey by crypto exchange Gemini said ADA was the third most popular cryptocurrency in Singapore.

Gemini’s “State of Crypto in Singapore 2021” report surveyed over 4,000 respondents, 2,862 were existing crypto holders and 1,486 were consumers “who might be interested to learn more or start investing in cryptocurrency.”

Nigel Hemsley, head of delivery for Cardano, said in a video from Input-Output that the platform would launch the Alonzo upgrade on September 12th.

The price of XRP has also jumped higher above the $1.00 level as the Ripple project gets set to release documents to the SEC.

Another Twitter user, James K. Filan, posted an update of coming events for XRP. August 16th is the deadline for Ripple’s response to the SEC’s emergency motion requesting communications from the Slack messaging platform. The SEC will then respond to that the following day. August 31st is the date for the completion of fact discovery, with October 15th being the expert discovery deadline. 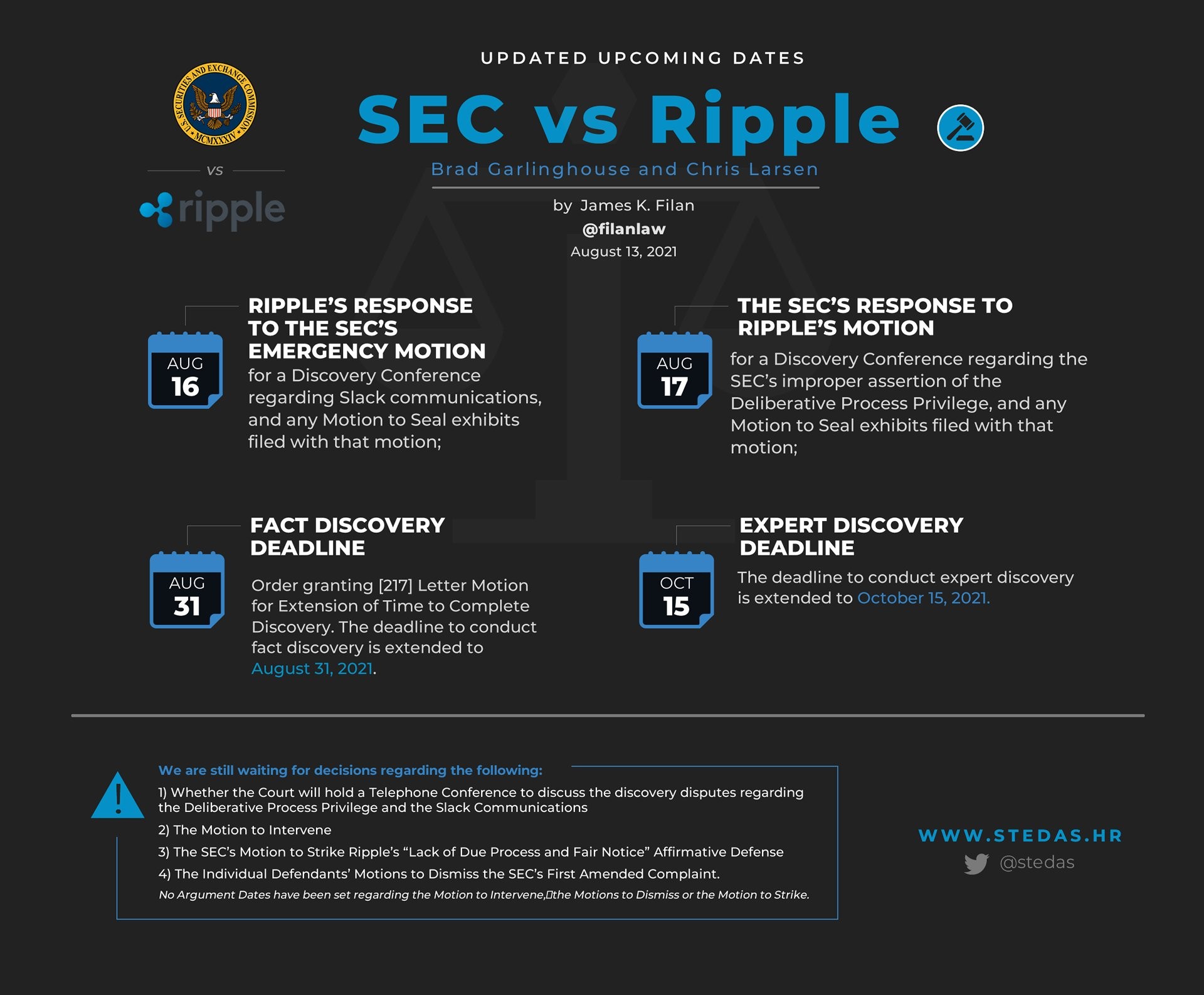 Before it decoupled from the #crypto pack, we saw hints of development activity skyrocketing. #XRP‘s team is now submitting the highest #github activity rate in the asset’s history.

There has even been talk of Ripple dipping its toe into the water of Non-Fungible Tokens.

The XRP Ledger delivers a unique combination of the low cost, high speed and good payments features needed to streamline NFT creation at scale. In particular, the Ledger’s ability to maintain consistent transaction fees—something which is impossible on most other platforms today—as a key benefit for both buyers and sellers.

The Request Network enables employers to pay their staff with cryptocurrency. The project offers simple payment requests and also fully compliant digital currency invoicing. The network is working with many of the up-and-coming crypto projects in the DeFi space, but the project also aims to be integrated with Quickbooks in the company’s roadmap. That would open the door for further adoption with many sports stars making it popular to receive their pay in cryptocurrencies. That trend has been seen in the NFL, UFC, and Nascar.

The Request platform has a market cap of $243 million and currently occupies the number 173 space in the list of the top crypto projects by valuation.

The project releases monthly updates on its adoption and since September 2020, over $92 million of cryptocurrency payments have been transacted through the Request Invoicing app. For July alone, total payments were around $14 million In cryptocurrency.

The price of Revain was up over 70% in the last week as one of the best-performing assets of the week.

The Revain project hosts a platform for user reviews and rewards review writers with XP points and eventually REV tokens. Revain now has a market cap of $1 billion and trades at number 88 in the list of the top coins.

If you have any questions about 'Cardano Price Back Above .00 Ahead of Smart Contracts, XRP, REV, REQ, Aug. 16', let us know.