Facebook’s cryptocurrency now expected to launch before the end of 2021 is called Libra Diem. Originally titled after the Roman unit of measurement used to mint coins the project underwent a name change in late 2020 and is now titled after the Latin word for “day”.  In October 2019, before the rebranding, multiple companies left the Libra Association including, PayPal, eBay, Mastercard, Stripe, Visa, Mercado Pago, and Booking Holdings.

According to Diem Association CEO Stuart Levey formerly of HBSC the name change reflects the “the project’s growing maturity and independence”.

For blockchain investors who want all the technical information read the latest version of the white paper here.  Despite the recent push for people to delete their Facebook accounts due to privacy concerns they still have millions of users every day.  If/When Diem launches widespread adoption of digital assets will shift into another gear. Facebook’s reach is so vast that Diem could become a new global currency overnight, on par with the dollar and the euro.

Here’s what we know.

It’s a stablecoin. Libra was originally planned as a stablecoin pegged to the value of several different currencies. (Read our top-rated piece on stablecoins here.) This would have meant its price wouldn’t fluctuate, like bitcoin — but it wouldn’t be tied exclusively to the dollar, either. Initially, however, Diem is likely to be backed one-for-one by the US dollar, as they try to meet worldwide government regulatory approval.

When asked about Diem, Australian Reserve Bank governor Philip Lowe stated ”the initiative has raised concerns from governments and regulators in many jurisdictions regarding a wide range of issues, including consumer protection, financial stability, money laundering and privacy”.

It’s a very big, very secret team. Over 50 engineers are working on the project, which is highly confidential, requiring special keycard access to enter the building.

They want to trade it on exchanges. The Facebook team has had discussions with digital exchanges on listing Diem. This implies it’s not tied exclusively to Facebook, but rather as a real currency that can be bought, sold, and traded.

The estimated launch is 2021. In discussions with exchanges, Facebook has indicated they plan to launch before the end of 2021.

How It Works: A New Kind of “Supermoney”

You can imagine Mark Zuckerberg’s exasperation: his company is under fire from governments, while governments use his company to spread state propaganda. You can understand why he might be ready to work outside the government altogether, to form a new kind of “supermoney.”

Private. While Facebook today is like a “digital town square,” Zuckerberg said that the new focus will be on a “digital living room,” where you can have private conversations with friends and family without worrying that your online comments will come back to haunt you later. 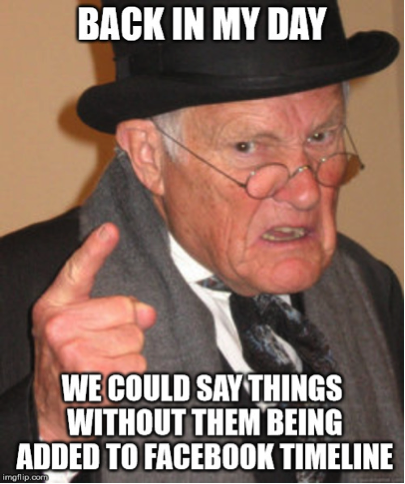 Secure. Zuckerberg said that Facebook users should be able to communicate privately, without fear of being spied on by hackers, criminals, or the government (or, I’ll add, Facebook itself). And, he said, “We all expect to be able to do things like payments privately and securely.”

Encrypted. How will we achieve all this privacy and security? Through “end-to-end encryption,” which he points out is already built into Facebook-owned WhatsApp. “Encryption,” Zuckerberg says, “is decentralizing.” What else is decentralized? I think you know.

In announcing his intention, Zuckerberg is paving the way for a new type of Facebook payment system, one that is private, secure, and encrypted. Done correctly, it will make Facebook a global player in financial services—and the world economy.

To see why, let’s compare Diem with other global payment methods.

China is miles ahead of the United States when it comes to mobile payments. While the US has Apple Pay, Google Pay, PayPal, Square, and a dozen other payment systems, China has two: Alipay and WeChat Pay. These two have emerged as the “Mastercard and Visa” of the Chinese payments world.

WeChat Pay is owned by Tencent, the massive Chinese conglomerate, and baked into China’s popular WeChat social media platform. Like Facebook, WeChat has a huge network of brands and publishers who host their own WeChat pages, and WeChat Pay makes it easy for them to accept payment.

Think of it this way: when was the last time you bought something on Facebook?

As you can see in this video, WeChat Pay lets you can easily buy from retailers and restaurants by scanning a simple QR code. Imagine if you could easily pay at practically any register, or any website, with your Facebook app (not to mention WhatsApp or Instagram, also owned by Facebook).

“Diem Pay” will be different from WeChat Pay if it runs on its own decentralized cryptocurrency. Then payments can truly be private, secure, and encrypted—rather than running through traditional payment rails (like Mastercard and Visa). It’s like Facebook is minting its own money: truly a “Facebook coin.”

Diem could be a massive improvement over credit cards by simply attaching to your bank account, transferring your fiat currency into Diem, then making the payment — which the recipient could immediately transfer back into dollars, or keep denominated in Diem.

Today, for example, you pay for your Uber using a credit card, with a 2% markup that goes directly to Mastercard or Visa. Using a decentralized currency, you could summon a driver using your Facebook app, then pay him directly, getting rid of both credit cards AND Uber:

This has massive implications, as both you and the driver might elect to keep more of your money in Diem, which is reportedly designed to hold its value against the dollar. As we’ll discuss below, the value is likely to accrue to Facebook (this might be a good time to buy Facebook stock).

In a digital age, paper money is pretty terrible. Paper money is dangerous (you can get robbed if you carry it around). Paper money is inconvenient (if you leave it at home, you can’t buy anything). However, physical money, while it is still legal tender, could be the last vestige of privacy we have. As central banks rapidly move towards their own digital currencies which could give them control over every facet of your financial life.

Could Diem replace paper money altogether, as Alipay and WeChat Pay have done in China? Here’s how it might happen. 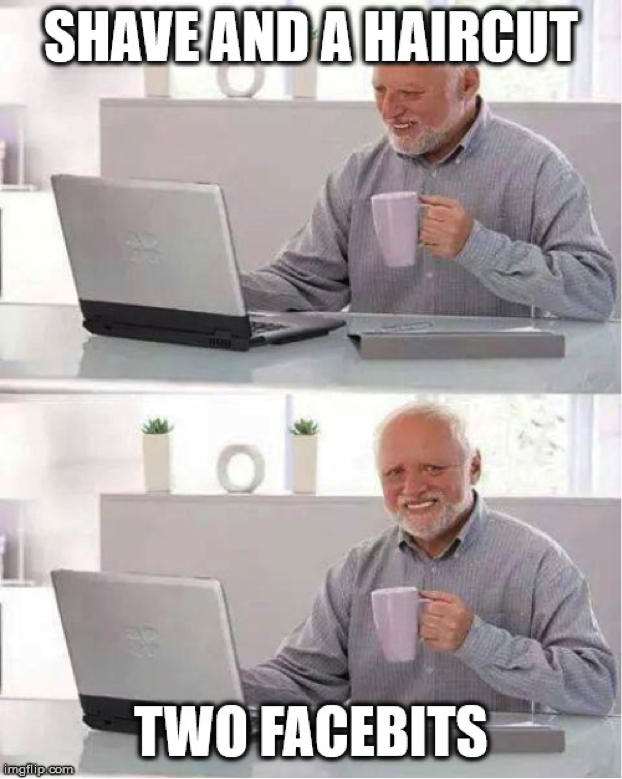 A new digital payment standard. The “Facebit” (sorry, “Diem”) could be first used for payments within Facebook, but eventually as the currency that you use to buy anything online. What we’re describing is not just a payment system like Apple Pay or Venmo — it’s an actual currency that can be used instead of dollars.

A new global economic power. By creating a new Facebook cryptocurrency, Zuckerberg is giving traditional government-owned currencies a run for their money.  Which is one of the reasons for the projects continuing delays, as they try to get regulatory approval from the governments they could be disrupting.

Who would have thought that Facebook, with all its centralized power, could emerge as the new model of decentralized payments? Before long, we might be calling him Mark Zuckerblock.

How to Invest in Diem

Although details have not been confirmed, it is likely that Facebook will use its new currency to enable payments within the Facebook platform. If it is not tethered to the Facebook platform, investors will be able to invest in Diem by buying and trading it on digital exchanges.

Here’s where savvy blockchain investors can learn from the thousands of altcoins that have launched over the past few years.

Value is driven by users. The blockchain is about people: the more people who use a blockchain, the more valuable it becomes, due to network effects. Facebook is one of the most valuable networks on the planet, giving its currency a potentially massive valuation (if it can get enough people using it). If the adoption we have seen of digital assets within Paypal is any guide the adoption curve of Diem could be vertical.

Value will likely accrue to Facebook stock. Because Diem is envisioned as a stablecoin (e.g., a digital currency with a stable value, like the dollar), the value of the new economy would likely flow into Facebook’s stock price. In other words, for every dollar invested in Diem, consider a dollar in FB stock.

Trading opportunities abound. While we are generally fans of blockchain value investing (“buy and hold”), there will be many opportunities for trading (“buy and sell”), including arbitraging against other stablecoins and other global currencies. Trading will be a rich area of opportunity, especially at launch.

Diem in your 401(k): The dream is an automated platform that withdraws, say, $100 from your bank account each month, investing $10 in Diem and $90 in FB stock. This would offer a convenient way to diversify everyday investors into digital currencies (10%) with the overall stock market (90%).

The beginning of the next wave: If the new Facebook coin takes off, expect other tech companies to follow suit with their own digital currencies. As a rule of thumb, the companies with the most network effects will be the ones that accrue the most value (think Google, Twitter, Apple, Amazon).

The blockchain is about people. Facebook, with its focus on connecting people, is in a perfect position to become a blockchain leader overnight.

Similar to the story of Facebook, the story of Diem has not been a smooth ride. With the continued delays it will be interesting to see in what format it finally releases.

While Facebook continues working on Diem, stablecoins continue to gain adoption. Tether has resolved a lot of their legal dramas and USDC continues to grow at a rapid rate. 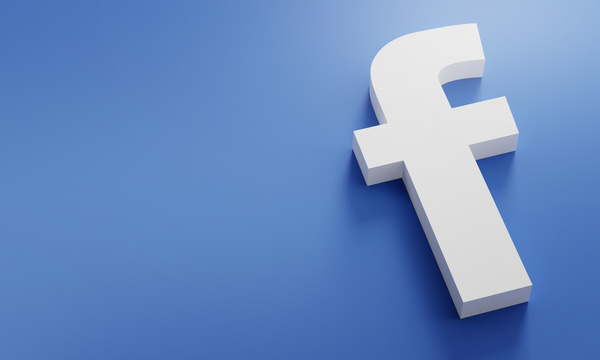 2018 May: David A Marcus (Facebook VP) moves from Facebook’s Messenger division to their new blockchain division.

2019 May: Reports emerge that 50 engineers are working on the project.

2019 June: The Libra project is officially announced with a planned launch for 2020. The creators of the coin are listed as Morgan Beller, David Marcus, and Kevin Weil (Novi’s VP of Product). The release of the digital wallet called Calibra is scheduled for 2020.

2019 July: Less than a month later and Facebook announces Libra will not launch until it has 100% regulatory approval.

2019 September: Mark Zuckerberg meets with Senate Democratic leaders and reconfirms that Libra will not launch without first obtaining regulatory approval.

2019 October: The number of companies that formed the Libra Association dwindles as multiple companies leave the project. Vodafone joins the association.

2020 April: Libra announced they are in talks with regulators from Switzerland for a payments license. Checkout.com joins Libra.

2020 November: It’s announced that the original plan to back Libra with a basket of currencies (50% United States dollar, 18% Euro, 14% Japanese yen, 11% Pound sterling, and 7% Singapore dollar) has been scrapped in favor of backing it 1:1 with the US dollar. Using a basket of currencies could have helped stabilize Libra’s value for Facebook’s worldwide user base.

2020 December: Libra and the Libra Association are renamed Diem and Diem Association.

2021 April: Novi and Diem are still not released.

By the time Diem launches will there still be a use case for it, or will the other stablecoins have already saturated the market? Taking a look at the user base of digital assets compared to the world population and despite being 10 years in we are still in the early days.

Facebook has some catching up to do but with 2.8 billion monthly active users it has an advantage that current stablecoins do not.

For the latest information on Diem, as well as great investing ideas, subscribe to our Bitcoin Market Journal weekly newsletter, because it’s free!

If you have any questions about 'Facebook Coin: How to Invest in Diem, Facebook’s New Cryptocurrency', let us know.