Since the beginning of blockchain, we’ve painted this vision of crypto: “Imagine sending money around the world, instantly, with no fees!” What’s more, we’ve railed against old-school financial institutions with their sky-high fees. “Credit card companies take 3% of your transaction!”

Today, the reality is that most crypto transactions take a far bigger percentage in fees.

For an example, take the Ethereum EIP-1559 upgrade. One of the primary improvements was the fee structure, so I was excited to try it out – especially since Ethereum is increasingly the dominant platform in blockchain.

First I tried Uniswap, which charged me $12 for the initial smart contract transaction of allowing Uniswap to use my DAI. After the transaction went through, I still couldn’t swap.

So I used Metamask’s swap feature, which finds the best price automatically, which in this case was $86. Eighty-six dollars in fees.

If the Ethereum upgrade is supposed to help reduce fees for investors, we’ve still got a long, long way to go.

As it stands, fees are the silent killer of wealth.

The only transaction that’s free is just handing cash from one person to another.

Even then, you may have paid fees to get money out of the ATM (average fee is around $3 or $4, according to Bankrate). You may have also paid monthly fees to the bank (average $15 on an interest-bearing checking account).

Everything else takes fees. Credit cards. Stripe. PayPal. Wire transfers. Either you’re paying a fee, or the merchant is paying a fee. For most transactions it’s around 3%, or sometimes a flat fee (around $30 for wire transfers, according to NerdWallet).

The people who have it worst, of course, are those who keep low balances in their accounts. Banks will sometimes waive fees for larger customers, but this minimum amount to avoid fees has soared to over $7,500 on average. And for those who occasionally withdraw more money than they have in the account, they pay a whopping $33 each time they overdraft: 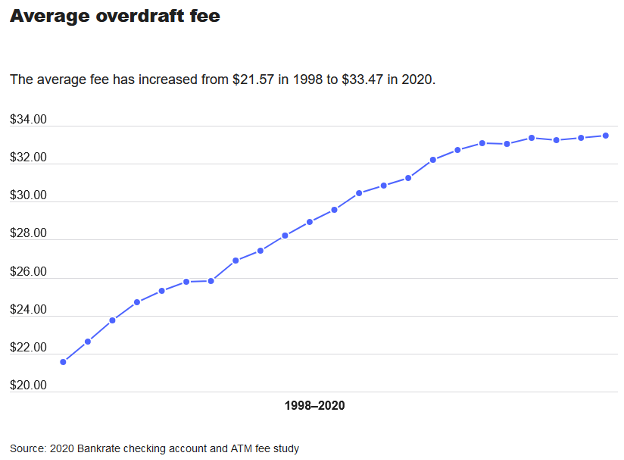 It’s easy to see this system as another way that the rich get richer, while the poor get poorer. If you have money, the system is free. If you don’t, the system is fees. Free vs. Fee.

Blockchain is supposed to solve all this, right? While cheaper blockchains do exist, the average fee for an Ethereum transaction – where all the action is happening – is about $15.

Let’s visualize all this data by comparing average fees on a $100 transaction:

What’s worse, Ethereum fees are not proportional to the amount transferred. You pay the same fee, regardless of whether you're transferring $100 or $100,000 in ETH. This makes it prohibitively expensive to transfer small amounts.

What's even worser: the fee is more expensive when the price of Ethereum goes up – which is exactly when most people want to buy and sell, because they’re fueled by FOMO.

Look, this is not because shadowy faceless super-coders are trying to profit off higher fees, it's just a flaw in the way the system was designed. It's a huge, gaping flaw for those of us trying to build long-term wealth.

In our quest to beat the banks, we’ve got a long way to go. 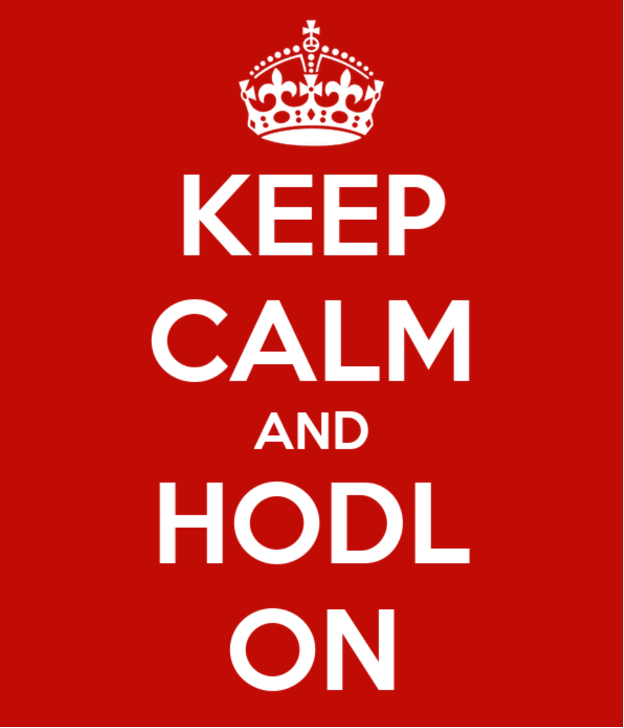 Fees are just another reason we need to invest for the long term.

Every time you swap one token for another, every time you move money in or out of crypto, you’re paying these outrageous fees. (A bank would never be able to legally charge you 15% -- unless of course you are poor. Then they can overdraft away.)

There’s another reason to hold for the long term: every time you make a transaction, it’s a taxable event. (At least in the U.S.; forward-thinking countries may differ.) This means if you made money, you’re paying taxes on the gain: 15-20 percent for most people. Think of this as a government fee.

Now let’s say you’re taking only $100 in profit, where the numbers get even worse:

To summarize: Once you’ve got your investments in crypto, avoid moving them. It’s tempting because it’s so easy: all you have to do is click the “Swap” button in your Metamask wallet. Avoid this temptation. (Metamask should offer a no-swap version of their plug-in for those of us building wealth.)

The famous investor John Bogle, who founded Vanguard Investments, spent his life crusading against mutual fund fees. He constantly argued on behalf of investors, whose profits could be eaten away over a lifetime by financial institutions that constantly nibbled away fees.

Blockchain is not taking nibbles, it’s biting off huge chunks.

Today, blockchain fees are unreasonable, which does not mean we stay away from crypto completely, as the potential profits are too great. It does mean, though, that we avoid moving money until the developers finally get this fixed.

If you have any questions about 'Fee vs. Free: How to Avoid Crypto Transaction Fees', let us know.