It’s been a spectacular weekend in the crypto markets, as bitcoin, ether and the gang extended gains.

There’s no doubt in my mind where all the excitement is coming from either.

A crypto tax sneakily tacked on to an infrastructure spending bill last week has sparked a lively debate in the U.S. Senate.

At this point, the outcome of the dispute is less important than the debate itself. The nation’s finances have been temporarily held up for the sake of crypto education.

When they talk about mass awareness of crypto, this is about as aware as it gets.

Also, the fact that factions within the crypto industry temporarily put aside their differences and banded together in a unified mass-lobbying exercise has shown that this community is a lot more than a cash cow for the government to milk.

We are a force to be reckoned with.

It is a bit ironic that all of this falls under the heading of taxes.

As analyst Shawn Dexter writes in his latest article, “governments, be it monarchs or republics, retain their power via their ability to extract tax from the people.”

I especially enjoyed the way that he portrayed the historic context of innovation and how Bitcoin fits in.

Even though much of the writing for this article was done several weeks ago, it all seems to fit together like a giant puzzle, given the Senate’s recent realizations.

Some, however, see blockchain in a much different light.

In this Bloomberg interview, we can hear the thoughts of legendary venture capitalist Marc Andreessen, who sees blockchain as the next layer of tech innovation.

Of course, we already knew that, but it’s good to have additional confirmation.

We wanted to send a very warm thanks to the awesome folks at CNBC for bringing awareness to crypto with their recent video campaign and offer a special thanks for including my thoughts and explanations. You guys rock! 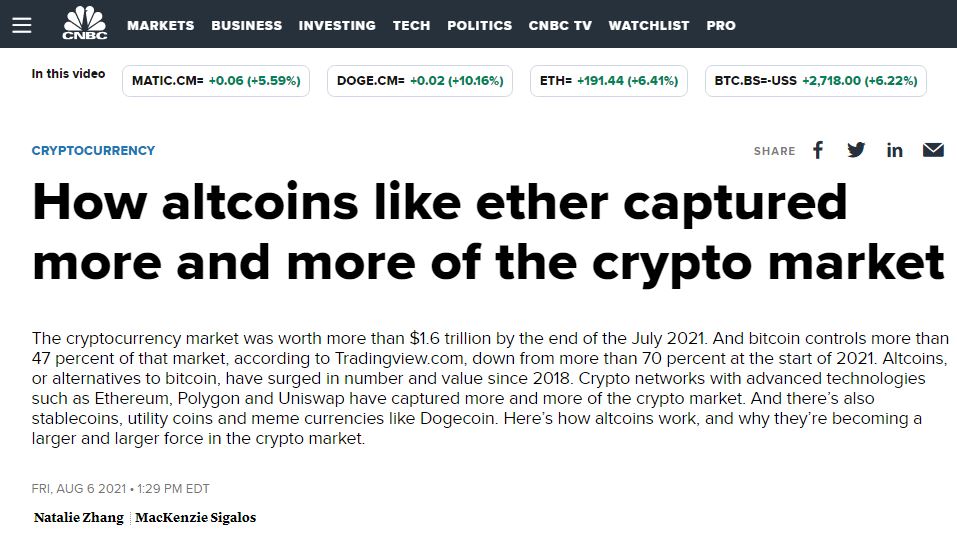 If you have any questions about 'New Crypto Tax Sparks Lively Debate in U.S. Senate', let us know.