It has been growing increasingly clear to everyone lately that the Federal Reserve’s quantitative easing measures are no longer needed.

In response to the global pandemic, they’ve been injecting $120 billion per month into the economy. Now that economic conditions are back on track, the consensus among economists seems to be that they’ll need to start winding this down.

The most controversial aspect of the recent rampant liquidity injections is the $40 billion per month (out of the above $120 billion figure) that is going directly into mortgage-backed securities. Since March 5, close to $1 trillion has gone into these assets.

In other words, the Fed is pumping money into the housing market, even though housing prices have skyrocketed during the pandemic. They’re basically adding fuel to the fire.

This may be well and good for people who already own a home, but inflated prices make it a lot harder for millennials who are already struggling to get into the property market.

Two Fed officials have already expressed their opinion that they should not be placing upward pressure on housing prices at the moment, but the key decision-makers have yet to come around, seeing the simultaneous stimulation of mortgages and U.S. government debt as essential to their strategy. Naturally.

It’s not just houses that are overpriced these days, however. The entire stock market is trading way above historic valuations.

Here we can see the S&P 500 price-earnings ratio, which is one of the most common ways of gauging the stock market’s relative value.

Historically, this measure tends to range between 10 and 20 times earnings. The only time it was higher than it is now was during the global financial crisis. 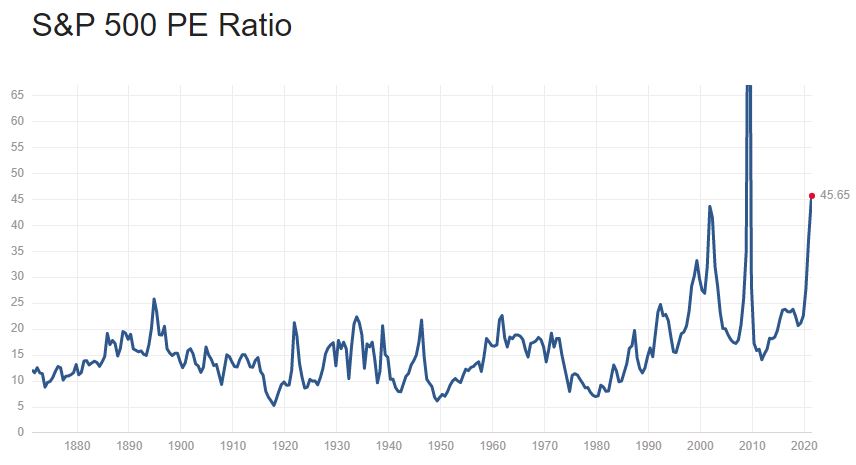 That doesn’t mean it can’t go higher. But what it does mean is that Fed officials will have to think long and hard going into their next meeting on July 27.

It’s getting harder and harder for them to reasonably justify the money printing, and at this point, I’m not sure that even the delta variant will be able to save them.

For myself, I try to avoid predicting a stock market top, but in this case, it’s getting very tempting, as more Fed officials became hawkish and more economists say they would welcome a market pullback sooner rather than later.

For further reading today, we have an unusual recommendation from the Bank for International Settlements (BIS), who takes a closer look at who is holding cryptocurrencies and why.

This 52-page document is full of stats, charts, and figures that are most surprising. I don’t often agree with the BIS, but I’ve been following one of the authors, Raphael Auer, for quite a while, and it’s pretty difficult to argue with his fact-based approach. 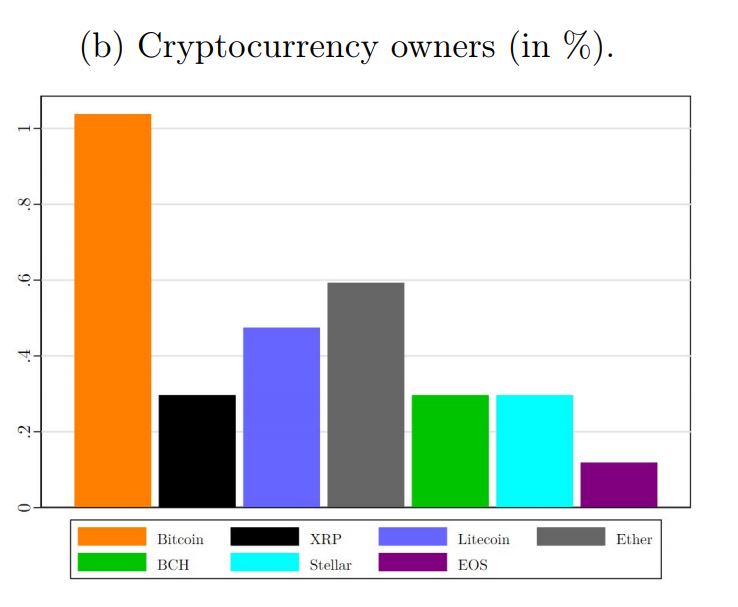 If you have any questions about 'Real Estate and Stocks Look Overvalued, Boosted by Fed’s Money Printing', let us know.