“Oh, yeah. You can only get that on Uniswap.”This sentence seems to keep coming up in conversations as we research different tokens to invest in. Frankly, it terrifies me, but at the same time, it’s exciting

Wait, let’s back up a bit…Uni-what?

We do apologize if today’s episode is a bit of a review for the veterans, but we do have a lot of newbies here who need to get up to speed.

Back in 2016, my crypto mentor and then boss Yoni Assia told us about a project called The DAO, which was to be a decentralized alternative to corporations.

It was the original initial coin offering, before the term ICO even existed.

To get in, you needed something called ether, but all I had was bitcoin. So, after a bit of clever googling, I soon found myself on a website called ShapeShift.

It was then that I truly realized the power of cryptocurrencies.

I was able to exchange my bitcoin for ether in a matter of moments in an extremely user-friendly environment.

Unfortunately, the DAO got hacked, and shortly after, the government went after ShapeShift and forced them to perform know-your-customer due diligence on their clients.

It’s not that I have any official gripes with anti-money laundering guidelines or anything, but it does make the process a lot less frictionless and infinitely less inclusive.

Uniswap is basically the same idea as ShapeShift, with an eerily similar interface, except it is decentralized.

In this graph found on Quantify Crypto, we can see the virtual explosion in these decentralized exchanges over the last year.

Uniswap is shown in pink. The other close contender in teal is Sushiswap, which is actually a fork (meaning a copy/paste with slight modifications of the code) of Uniswap.

Obviously, there are a lot of dangers associated with trading like this.

There are now approximately 1,797 coins available in this new marketplace, and since anyone can list a coin, it means that there’s no exchange or broker vetting the projects.

As crypto is often compared to the Wild West, we have to assume that a fair portion of these coins are outright scams.

Many may not be scams, but they could also be low-potential projects that will likely amount to nothing and could see their price go to zero.

As investors in the crypto space in general, we need to realize that this is always possible, but it becomes more likely when dealing on such an open marketplace.

There’s a term for the thing we need to do with assets like these, and that term is enhanced due diligence. Unfortunately, it’s a foreign concept to many people pouring money into this space.

The other issue is that the entire system is built on the Ethereum network, which as we know has its own issues.

Even though the average fee on Ethereum is roughly $16 at the moment, people often report paying more than $100 for a transaction and a fair few delays. Many compared Ethereum to the Ever Given, and not without merit. 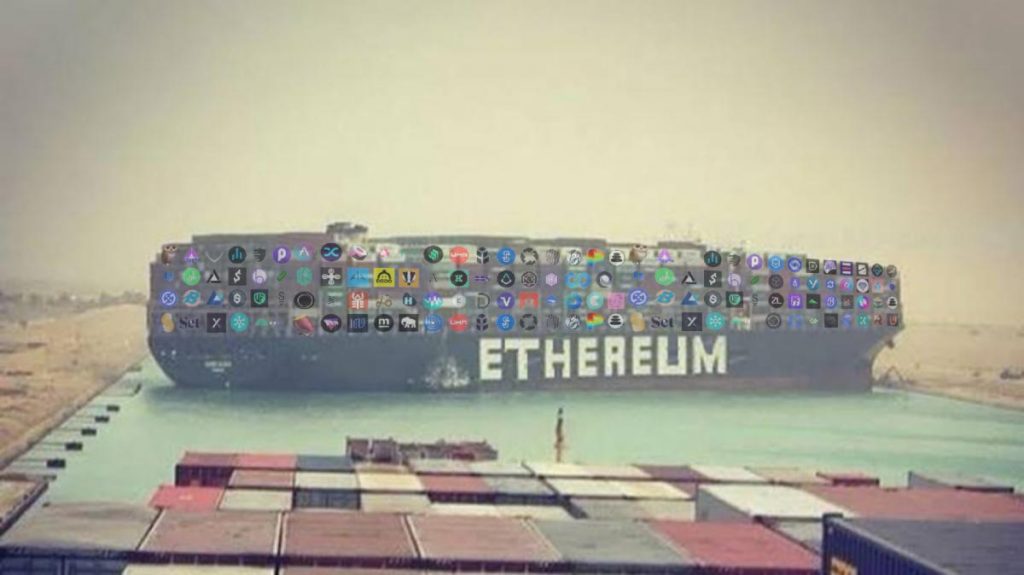 No doubt some of these issues could be sorted by layer two solutions coming in Uniswap v3 and Ethereum 2.0 but for now, it is what it is.

The Wild West is the exact period when people started to understand the potential of the railroad system, but this took place before all the tracks were laid.

The indisputable reason for excitement here is the democratization of finance.

More than one project from the 2017 ICO boom never made it simply because they couldn’t get listed on a major exchange.

Going forward, the market will be much more accessible, both for new projects looking to raise money and for investors who are looking to get in on the ground floor and are willing to take the risks.

Now, with exorbitant amounts of stimulus hitting the economy and more expected to come, stocks are trading at historically expensive levels, and the appetite for new ways to invest has never been higher.

This is capitalism at work here, right in front of our eyes.

The post The (Risky) Rise of Uniswap appeared first on Bitcoin Market Journal.

If you have any questions about 'The (Risky) Rise of Uniswap', let us know.